What if Bigfoot was a Comic?

[Oshkosh, Wisconsin]-  In the contemporary novel Shatter, readers meet oversized comic Mikey Haskell as he sinks into a psychosis in which he believes he is turning into an animal. It is 1995 and the comedy bubble of the 80s has burst. Mikey must spend long periods away from his home. He finds this lonely, but not as lonely as returning to the Twin Cities with its reminders of his breakup with his fiancé. Each time he does, he finds himself confronted with his pain and slips deeper into his animal persona. As a creature following nothing but his instincts, he pushes everyone away, especially his best friend Alaine. For the safety of himself and others, Mikey must work out why he cannot grieve.

Thomas Cannon explores the slippery definitions of good and evil; love and betrayal; revenge and redemption. Like the novels by John Updike and Jonathon Franzen, it is an intense drama with humor. Published by Tumbleweed Books, it joins an imprint with a lineup of gritty, honest books.

In August 2021, Thomas Cannon was selected as the inaugural Poet Laureate of Oshkosh, WI. He is the author of the books The Tao of Apathy and Shattered. With his essay “Part of the Gift,” Cannon was the lead contributor to Cup of Comfort for Parents of Children with Autism. His poems and short stories have been published in various journals such as Midwestern Gothic and Corvus Review. Thomas helped establish the Lakefly Writers Conference and is active in his writing community. He and his wife have three children and two grandkids. 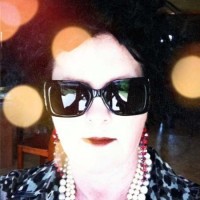 a repository of experimental haiku & poetry

Short stories and photos shared with humor and love

I'm a Critic and a Housewife
Nathaniel Pena
ACA Oshkosh

Sharing our experience, strength and hope with the adult child that still suffers

The Byrd and the Bees

About Bees, Birds, Books, Bicycles, and Anything Else that Strikes My Fancy

Reviews of books...and occasional other stuff.

Sharing my love of books...

"A reader lives a thousand lives before he dies. The man who never reads lives only one" -George RR Martin

For Readers and Writers

All my reviews are based on copies I received courtesy of publishers and/or authors.

But I Smile Anyway...

Musings and memories, words and wisdom... of a working family woman

Live a Better Life Through Self-Improvement